25-year HR pro on remote work during COVID and beyond 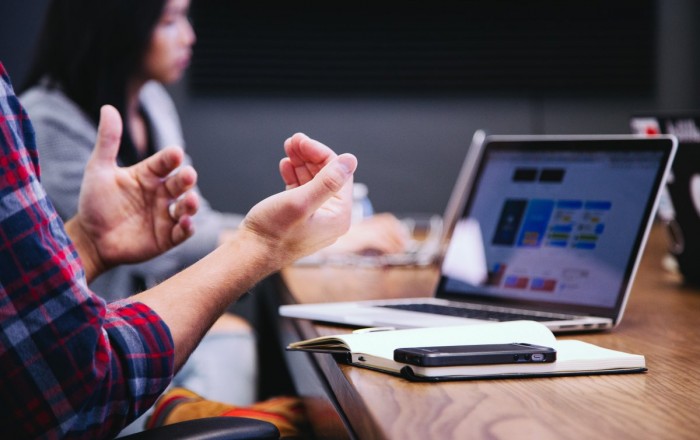 Jerry Gratton is the Founder and CPO of Vancouver-based Trailblaze Partners, Management Consultants. He has 25 years of experience building high performing teams across a variety of industries. Jerry has held key leadership roles at some of the most successful companies in western Canada, including 1-800-GOT-JUNK, Crystal Decisions, Aritzia and O2E Brands.

We spoke with Jerry for an episode of the Work From Home Show podcast. The following is an abbreviated version of that conversation. Click here for the full podcast.

Tell us about your experience talking with organizations over the last few weeks.

When I’ve been talking to companies about how to transition to remote work, one of the things that I remind them is that even though many of them have been thrust into this, the good news is many companies have been doing it for years. I remind them that it can be done, and that teams can be super productive even when team members can’t see their leaders.

Should expectations of team members change when they’re working remotely on a consistent basis?

I think we should expect everything of each other that we expect when we're together. It's just different. And probably one of the biggest differences is people are used to having their leader around. So one of the biggest things that I think we should expect from each other during this time is how do we take that public part of working together in an office, and intentionally translate it to the remote environment.

But, we have to lead with a lot of empathy at this time, because it's very different and very new. So maybe don't just switch those expectations overnight. You have to say that you're going to still expect things of team members, but that you're going to figure out what’s appropriate, and what's not, together.

How does that affect workloads?

There's an adjustment period. But what we do know – and this is good news – is there have been many studies about remote work versus co-located people in an office, and generally, the studies show that people can actually be more productive in remote work environments.

But don't expect that of your newly minted work-from-home teams right away. People can be more productive if their leader allows for flexibility in when team members work. We have to reimagine the workday because many of us are at home now with kids and dogs and lists of to-dos – things we can park at the door when we go to the office and not think about.

So if we still think of the 9 to 5 paradigm, productivity will be reduced because we just can’t get as much done with all those distractions. So we have to be okay with deadlines stretching and people being able to work when they've got the time. If you can't get something done right now, do it later. And maybe later is Saturday morning when everyone's sleeping in.

So, I think we can expect people to still be productive, but we have to change the way we see them being productive, and be flexible about the timeframe in which productivity happens.

Can you tell us about the performance meeting and how it might have to change with remote teams?

A lot of organizations have a regular cadence for coaching meetings, or “get stuff done” (GSD) meetings. I would say continue those, but probably change up the frequency. The most common is the weekly one-hour meeting where you check in with your team members and find out what they've done and where they were blocked. I would take that and half it and double it. So, twice the frequency half the amount of time. That's just a rule of thumb. Do what feels natural for you, or as often as that individual needs.

As a team though, I think we really have to be intentional. Since we’re missing “working out loud” and working publicly, we have to schedule daily huddles with your team where you go around the table and do a “top one” check-in with each other. And then hold them accountable to that. And be sure to check in on how everyone is feeling too.

What are some of the strategies and best practices you can recommend around recognition?

I love the daily huddle. That’s a practice we honed really well at 1-800-Got-Junk. It became part of the DNA of the company – we were known for it.

The daily huddle is an opportunity to provide recognition not just from leader to team member, but team member to team member. But it takes time. You don't just say, “okay, now we're gonna recognize each other,” and it just happens. As a leader, you have to be a role model.

And I would encourage leaders to model public recognition and also individual recognition. You should know your team members and know who likes to be carried out of the room on everyone's shoulders, and who wants to just be quietly recognized for the work that they did.

I would also say that now's the time to pull out goofy awards and trophies. With one of my teams, we had a “Golden Gnome Award.” We found an old garden gnome and we awarded it to the team member of the month. And it became the most coveted award. If you could get the Golden Gnome, you had bragging rights for the next month. So, do things that make it fun – especially now when not everything is really fun.

What advice are you giving your clients about the opportunities that might arise when COVID-19 is over?

As we move past the vital question of, “how do we survive?” there are some really serious conversations that organizations are having where they are asking “what can we do?” And the best ones are doing it as a team. They’re asking, “Is this an opportunity? What didn't we do before that we can do now? And that we can carry forward into the future?”

The best companies are not being opportunistic in a way where they’re going to make money off of COVID-19. They’re being opportunistic by asking what strengths and skill sets they have as an organization? They’re thinking about how they can pivot on those, and be helpful to other businesses and individuals.

I hope these conversations around remote work don’t just end when we go back to the office. I hope we can think about how this translates into more flexible workplaces for team members. And how these practices increase your employee value proposition and your talent pool. If you can get used to remote work, your talent pool just grew from wherever you're situated, to the world, potentially.

Those are the kinds of really exciting conversations to have – while being respectful of what we're all going through right now and how serious this situation is.

What’s your number one tip for working from home?

My number one tip would be to make a schedule. And build your calendar with lots of check-ins with team members, not just your leader. You have conversations at people's desks during the day when you're at the office; so do those kinds of things virtually. Don't feel alone. 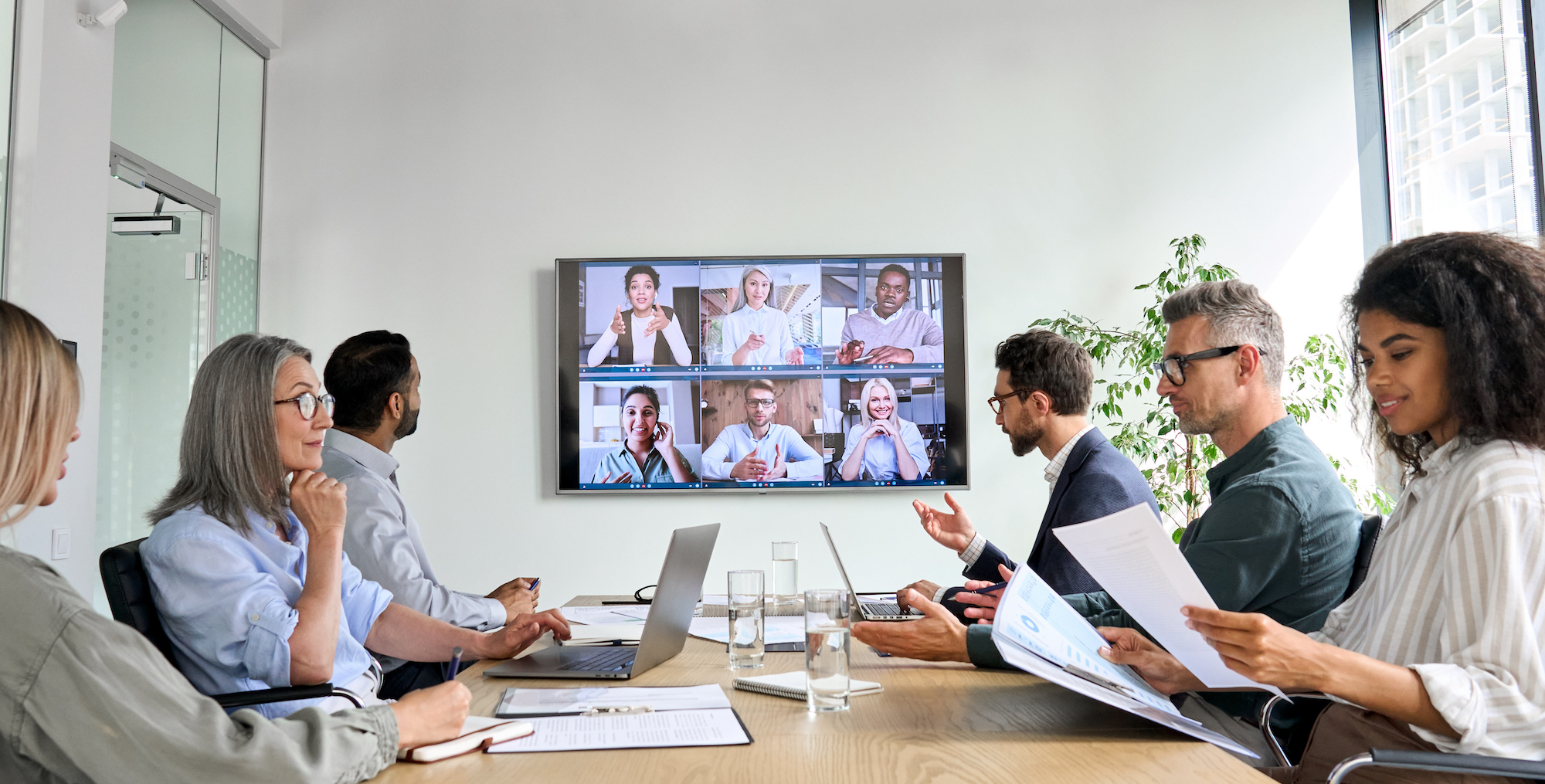 There have been many challenges and benefits from the forced global experiment. There is one thing for certain; there is no going back to the way things were. Where flexible, remote and hybrid work was once seen as a privilege, it is now seen as a right. Organizations that embrace our hybrid future will be the future winners. 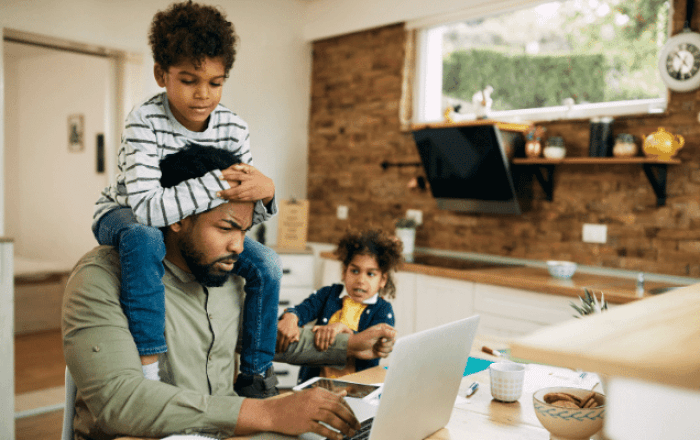 High and steady levels of engagement should be prioritized at any organization. However, an ever-changing work environment has tested our ability to communicate effectively when working remotely. 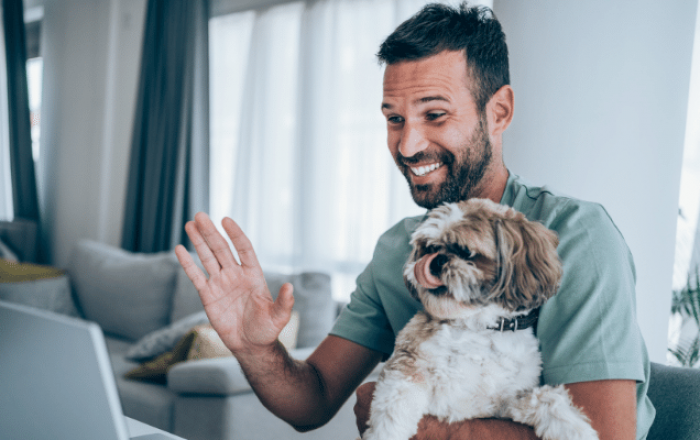 Here at Kudos, we think employees should feel recognized every day, but it never hurts to make your team feel extra special on this important day.