What is the Employee Relationship, Really?

Many companies claim that their employees are their best assets, but issues still exist which prevent organizations from nurturing valuable and authentic relationships with their employees. 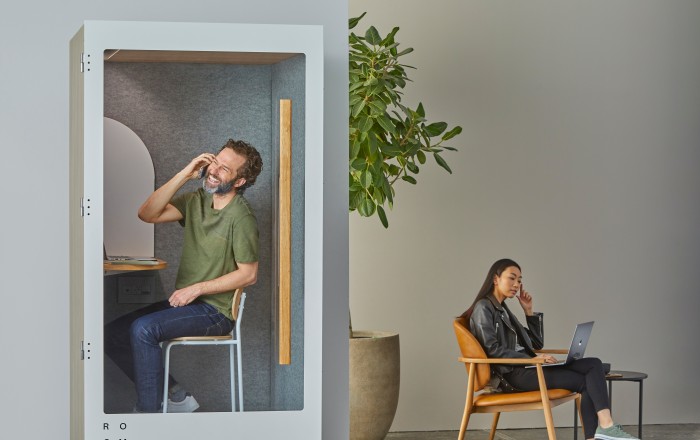 Many companies claim that their employees are their best assets, but issues still exist which prevent organizations from nurturing valuable and authentic relationships with their employees.

If you’ve ever heard of the term ‘employee relationship,’ it’s most likely been lumped together with other terms like ‘employee relations.’ These relations were once strictly thought of as the legal relationship companies had to clearly define between employer and employee, such as benefits, responsibilities of a role, salary and more.

Today, the ‘employee relationship’ extends far beyond the contractual obligations leaders have to their teams (and vice versa). Here at Kudos, we believe the employee relationship encompasses not only that but the emotional, psychological, physical and environmental relationship that employees have with their employers.

To simplify, the employee relationship refers to the entirety of an organization’s efforts to nurture and maintain a positive relationship with its employees.

This relationship should be based on trust, communication and mutual respect, but is often threatened by fear, a lack of transparency, and little confidence in an organization’s teams.

How, then, can companies actually foster a positive employee relationship?

It starts with thinking of employees as more than ‘just’ employees

Each and every employee in an organization should be thought of as stakeholders in that company, rather than just paid workers.

When employees feel they have a true stake in their organization, it not only encourages them to be more actively engaged in their work but also encourages leaders to consider their teams when making decisions that affect an entire company, which includes listening to what employees have to say and openly communicating with them.

If employees are thought of as stakeholders and not just workers, leaders and managers can foster more engaged teams because those employees will feel that their future with and contributions to that organization matter. That’s important, given that only 15% of employees agree that their leaders make them enthusiastic about their future!

Moreover, just 30% of employees agree that their leaders proactively involve them in setting their goals for work. These same employees often have valuable insights into what they’d like to achieve for their organization and how they’ll accomplish goals, so why wouldn’t leaders involve them in the goal-setting process?

By shifting one’s perspective of the employee from a worker to a contributor who cares about their organization, leadership is already proactively engaging that employee in every facet of their company.

Employees want to be heard

It’s no longer ‘enough’ to rely on paychecks and annual bonuses to keep employees interested in staying with a company.

An overwhelming 91% of employees have left their employers to take on new roles at different organizations, indicating that people are ready and willing to leave.

That could be due to a lack of advancement or development opportunities, or micromanagement. 45% of millennials, for example, are more likely than other generations of workers before them to say that a role that allows them to accelerate their career development is critical. Meanwhile, 60% of employees report that being able to do what they ‘do best’ at work is extremely important to them.

This presents leaders with the unique opportunity of providing their employees with incentives to stay, such as learning and development opportunities, special projects, or allowing employees to propose tasks and goals they feel passionate about (to name a few).

When just 21% of employees feel their performance is managed in a way that motivates them to do their best work, leaders need to listen to their teams and communicate with them, giving them the chance to shine without being micromanaged by leadership. This shows employees that leaders actually care about relationships with their teams and what they have to say. It’s why employees who experience active communication with and from their leaders are 2.8x more engaged!

They also want to be recognized

Recognizing hard work and dedication to their organization can also nurture a positive employee relationship. In the U.S. alone, for instance, disengaged employees who aren’t empowered by their leaders cost organizations upwards of $600 billion each year in lost productivity. By showing employees that their work and efforts are truly appreciated, the employer-employee relationship starts off on the right foot.

Gallup surveys have found that 72% of businesses (and counting) have invested in some form of non-cash rewards and recognition for their employees. That may be due to the fact that more companies are waking up to the idea that recognizing their employees means engaging them, which has its own perks, too.

For example, organizations with highly engaged employees often experience increases in revenue and profitability, sometimes up to 20%!

It’s safe to say that communication and recognition can act as cornerstones to a positive employee relationship. What about an employee’s needs, though?

Consider an employee's hierarchy of needs

In 1943, American psychologist Abraham Maslow authored a paper titled, A Theory of Human Motivation. His theory suggested that all human beings have certain needs that are arranged in a hierarchy, with some being more basic and primitive than others.

Oddly enough, this hierarchy of needs can apply to humans as employees if we think of them as a hierarchy of employee needs. By meeting these needs, employers are working to foster a relationship with employees.

Though it typically falls on an organization’s human resources (HR) department to ensure these needs are met, leadership can also play a role. Let’s break it down further!

In the hierarchy of needs, the most basic include things like food, water, and shelter. For employees, this translates to salary and job security. For example, if an employee’s basic needs can be paid for by their job (rent, mortgage, food, clothing, etc) then the employer is satisfying their employees’ basic needs.

These needs include the desire to be loved, to belong, and to be included. From an organizational perspective, this would include the relationships employees have with their colleagues and leaders, their level of engagement at work, and how they are recognized for their contributions. If an employer can help an employee feel recognized and valued, they are working to satisfy this need.

The top two tiers of Maslow’s hierarchy of needs include ego (self-esteem) and self-actualization. When employees are made to feel good about their work and performance, they feel good about themselves, which boosts morale and increases engagement. This is critical, especially when a mere 21% of employees feel their performance is managed in a way that motivates them to do their best work. The highest tier, self-actualization, can refer to an employee's need to feel that they are living up to their full potential. If an employee feels they are in the right role, achieving their goals, and doing their best work, these two top-tier needs are met.

When leaders expect a certain level of dedication, commitment and integrity from their employees, they must recognize that those employees expect the same in return. That’s why leaders must follow through on their own commitments to their organizations. Employees like those they can trust and will believe in a leader’s vision, goals and direction if that leader follows through. By living and breathing the values of their organization, leaders encourage employees to do the same - and this matters, as only 44% of employees see their goals as aligning with those of their organization!

In any relationship, communication is always key; this applies to the relationship leaders have with their employees, as well. It’s crucial that leaders, managers and the like are openly communicative with their teams and transparent in that communication, too. At Kudos, for example, we have frequent recons/huddles with our teams to check-in, chat, and catch-up on tasks, goals and accomplishments.

Give and request feedback consistently

Offering feedback and kind, constructive criticism to employees not only motivates them to do their best work but also shows that leaders care about the development and improvement of their teams. But leaders also need feedback, too, so it’s important that they not only provide feedback but also listen to what their teams have to say.

Invest in your employees

As we discussed earlier in this article, employees place significant value on learning and development opportunities which in turn allow for advancement opportunities. More than that, organizations can also provide incentives for employees to live and work well by offering access to professional development initiatives, allowing remote work, using a recognition platform, or simply asking them what skills they’d like to expand on and giving them the chance to do so! 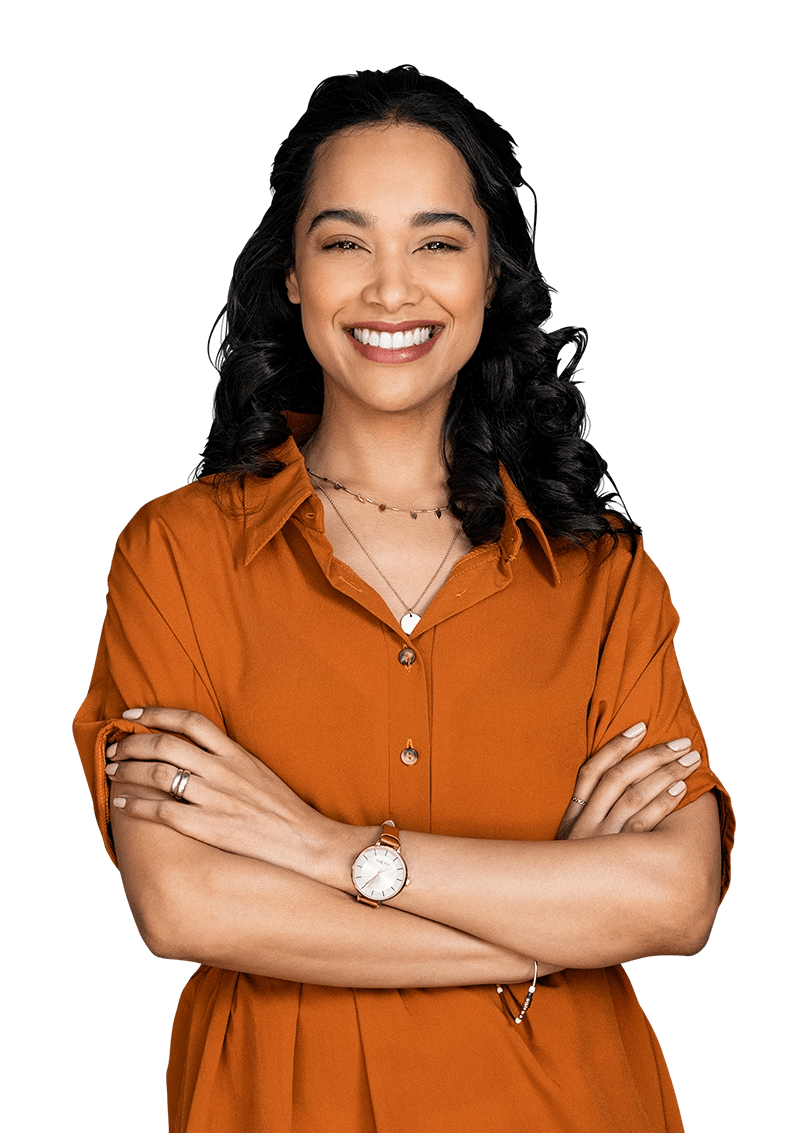 Recognition Your Team Will Love 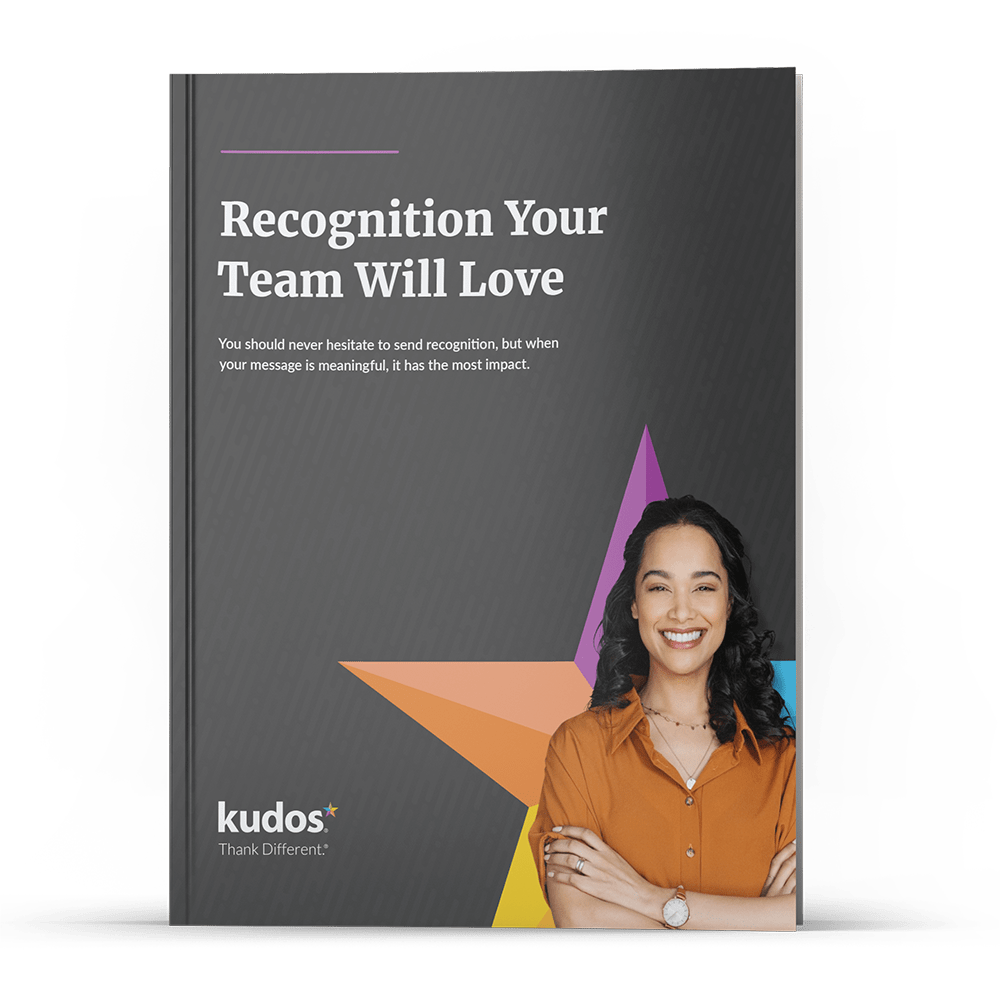 You should never hesitate to send recognition, but when your message is meaningful, it has the most impact.